Talk to Borsberry for Criminal Defense in East Peoria IL

There are times to talk, and times to be silent. If the police are questioning you or arresting you for an alleged crime — now is not the time to speak. Tell them you want to talk to Borsberry Law for criminal defense in East Peoria IL.

It is imperative that you do nothing to jeopardize your case further. Don’t talk at all, don’t explain your side of things, don’t threaten or cajole the officer. Instead, state you want to call Joseph Borsberry.

You are looking for a legal defense, not someone who will judge you. When you are having legal troubles and charged with a crime, don’t think this is something you can handle on your own.

If you are under 21 or a school bus driver, the state of Illinois will not let you consume a drop of alcohol and then drive.

How easy is it to get to .08? Well, a 170-lb man can get impaired, having four drinks in an hour. Out with friends, at the golf club or baseball game — hot and thirsty after hard work, those drinks go down quicker than you think.

It was only beer

Remember, a can of beer or a glass of wine has the same alcohol content as a shot of the hard stuff. If you are drinking beer from a pitcher, it is wise to pace yourself. 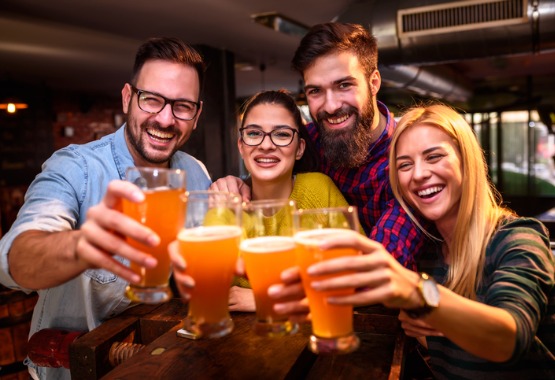 Who gets DUIs in Illinois?

About 74 percent of those getting charged with DUI in Illinois are male. They are often 35 or younger and arrested between 11 pm, and 4 am on a weekend night. And they are often driving with a blood alcohol content of .16 — twice the legal limit.

If this sounds like you, you may want to change your habits. If it is too late, make that first call to Borsberry Law.

Being questioned by the police after a crime is committed may lead to an arrest. Don’t be in denial that it can’t happen to you. It can happen to you, and it may. If you have any reason to believe that you will be charged with a crime, stay calm and quit talking to the police. Ask to speak to Joseph Borsberry for criminal defense in East Peoria IL.

Borsberry Law is in a new location with free parking right by the courthouse. That makes your attorney available to you for court hearings and to request records on your behalf. Email jborsberry@borsberrylaw.com or log onto http://www.borsberrylaw.com. Find us at 203 NE Jefferson, Peoria IL 61602 or call 309-637-9000.